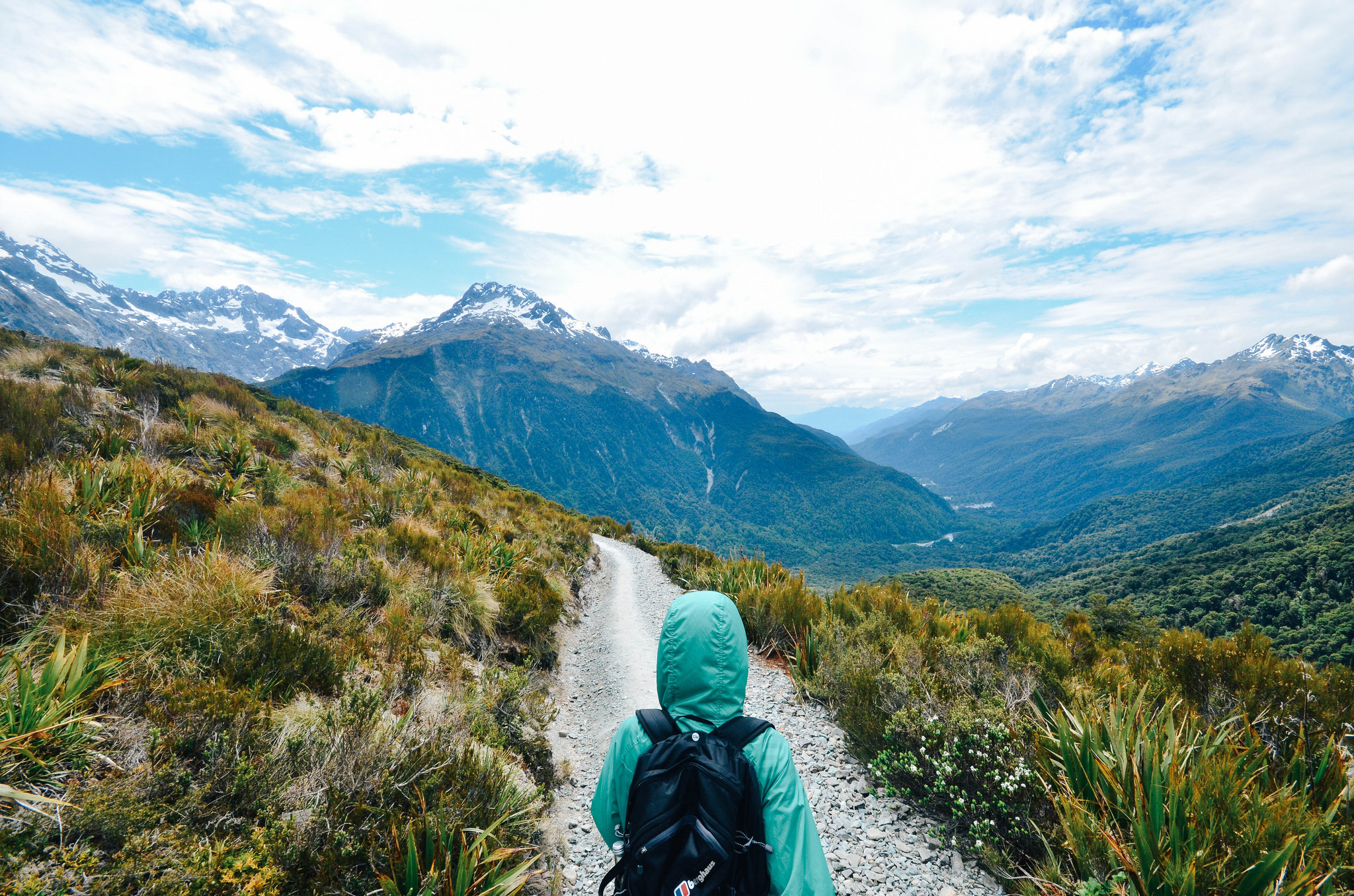 Last month I hiked the Milford Track in New Zealand, a multi-day walk that is described by many as the finest in the world. It is also a hike that every New Zealander wants to experience at least once in their lifetime.

But it wasn’t the incredible beauty of the landscape, the exhilaration of crossing the Mackinnon Pass, or the satisfaction in achieving a long-held dream that had me on the verge of happy tears. I was flooded with emotion as a New Zealander walking in the Fiordland National Park because of the birds. I have been walking in New Zealand forests my whole life, but I have never seen or heard such incredible birdlife as I did walking through the Clinton Valley in April.

South Island Robins and fantails danced about on the track around my feet as I walked and came to sit on my rucksack when I stopped to rest. At lunchtime Weka came nosing around looking for crumbs or socks to steal. The trees around me were mellifluous with the liquid notes of Bellbirds. Further away in the forest I heard the bright calls of Kaka and Kakariki. In the rivers and lakes the incredibly rare Whio (Blue Duck) swim in pairs. And at night – what an experience – the distinctive cry of the Kiwi near the huts. Once upon a time, when New Zealand was covered with dense native forests with no predators or mammalian competition to speak of, these birds and many others ruled the forests. In geographical isolation, many species evolved as ground dwellers.

The arrival of Polynesian peoples around 1300 and Europeans in the late 18th century also brought rats, cats, stoats, weasels and ferrets. New Zealand’s birds were vulnerable to human and animal hunting, as well as land clearance. You only have to see a fat Kereru (wood pigeon) sitting on a branch to realise what a satisfying meal it would make.

Over the 750 years following human settlement New Zealand lost at least 51 species of birds and a number of other species of fauna and flora. Rich forest that once teemed with life and birdsong fell silent. But a fightback is going on. There are a number of successful island sanctuaries off the coast of New Zealand. These are islands where it has been possible to eradicate predators and nurture native bird populations. Tiri Tiri Matangi near Auckland and Kapiti Island near Wellington are two examples I have visited. They are fantastic but it is a different world on the mainland.

Except in one valley, deep in Fiordland National Park – a 1.2 million hectare area of mountains, lakes, fiords and rainforest ecosystems that has been a World Heritage Area since 1986. So this pristine wilderness is perhaps an obvious place to start the mainland fight against extinction of wildlife in New Zealand. At the first hut on the Milford Track Ross the Department of Conservation explained how over the past few years up to 2,000 stoat traps have been set in the Clinton Valley. In October 2014 this was followed up by an aerial poison drop. The targets are mice, possums and stoats.

Stoats particularly have been shown to be a serious threat to the vulnerable Whio, Fiordland Tokoeka Kiwi, Kaka and Kea. You can see the wooden stoat traps a metre-or-so away from the track at regular intervals.

Ross has been stationed here in Fiordland for ten years and said that the birdlife has tripled this season, which is an amazing result. They have identified no less than 48 breeding pairs of Whio (up from 8 pairs five years ago). I stopped on the Milford Track frequently to listen. Just stand still and listen to what seemed like a glimpse into what New Zealand’s forests must have been like 1,000 years ago. Just sit down and watch as the birds came to check me out.

The New Zealand Department of Conservation has dubbed their operations as the ‘Battle for our Birds’ and it is an ongoing battle. As Ross the ranger emphasised, there can be no resting on laurels here. The battle must continue.

Maybe one day such deafening birdsong will ring out in the Arthur Valley as well, then in Milford Sound itself and in other forests across New Zealand.