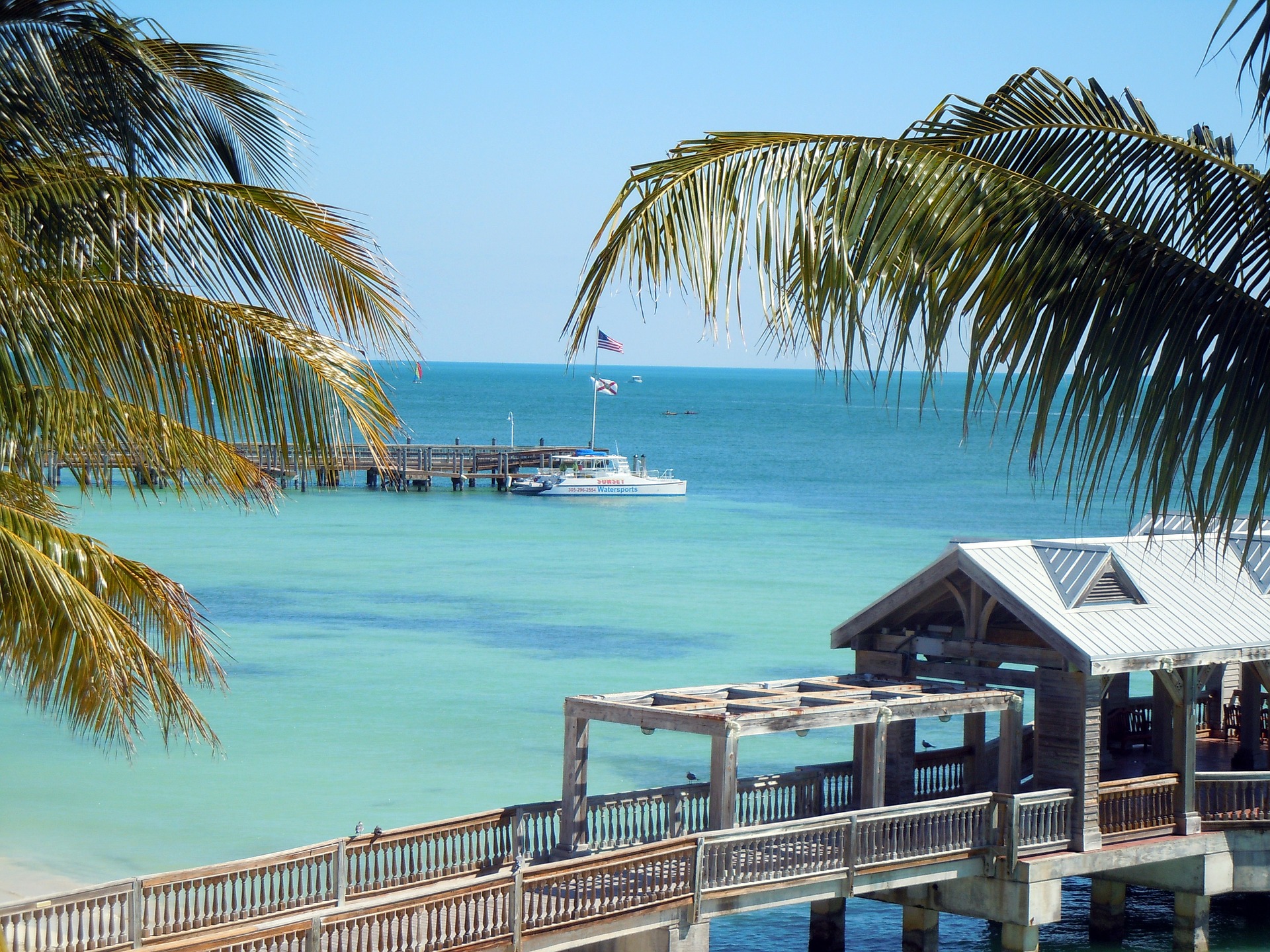 Home of the Southermost Point of continental United States, Ernest Hemingway’s island home and the most unusual cemetery I’ve ever seen, Key West is that charmingly quirky place you crave when traveling. The streets are lined with performers, artists and shops with hilariously unusual keepsakes. Trek a few blocks and you’ll find yourself on the brim of a wildlife sanctuary that locals dedicate themselves to preserving. Food, the outdoors, excitement and sustainability sums up Key West, Florida.

Graceful or not, most visitors and locals can be seen pedaling around on bikes. Warning: you’ll witness many ‘face plants.’ Healthy forms of transportation are promoted on the island, rather than everyone puttering around in a gas guzzling vehicles. A lot of people choose to walk everywhere, which was what we did. Parking is a nightmare in the small city square, so alternative ways of getting around are a must. Key West promotes trolleys, shuttles and other carpooling style transportation, to prevent pollution and the consumption of fuel. You’ll notice that there are many sail boats in the marina. Sailing is an eco-friendly way to scoot about the waters. We had the opportunity to see a Danger Charters boat in action while sailing around the tiny islands and mangroves. Sail boats often have the option to use a motor if needed. The old days were better for the environment, but shipwrecks were far more common as well!

Restaurants we ate at usually had a menu full of organic and local options. Almost all seafood is caught by local markets and fisherman. People of the island know where their food is coming from. At The Stoned Crab, we enjoyed dishes from their on-site market, Three Hands Fish. Our food was caught fresh that morning, filleted, then prepared when we ordered. Stone crab is a popular Florida seafood, with the majority being shipped from Key West. It’s the only 100 percent sustainable meat, because only one claw is popped off, and the little crab regrows it. The meat is extremely healthy too. A few worthy food mentions are the The Lobster Shack with its simple, traditional Maine style lobster rolls and Cuban Coffee Queen, a tiny, small footprint shack that serves up traditional Cuban sandwiches and killer coffee. After our visit, I started brewing my own Cuban coffee and haven’t looked back since. Up Close and Personal with Wildlife

Keys locals are persistently protective of the ocean, reefs and other surroundings, but they will show you a great time on tours while educating visitors on safe practices while interacting. The Ibis Bay LED Glass Bottom Kayak tour took place at night and was hosted by marine graduates who not only showed us amazing creatures, but taught us a lot. My brother and I shared a kayak and glided over the super shallow water with our LED lights, situated on the bottom of the boat, lighting the way. We were in a large cove/bay, so the water was calm and relaxing. We had a little freedom but were told to stay relatively close. Our guides talked about conservation of the ocean while letting us closely view certain sea life, like sea cucumbers and starfish. We even learned that sea cucumber squirts out their digestive tract to distract predators. I’d say that’s pretty darn distracting. They regrow the system when they catch their breath. The Florida Keys also host The Turtle Hospital in Marathon, which rehabilitates turtles who have sustained injuries, like fishing line amputations (another reason why spear caught fishing is better). Educational experiences are available everyday, but need to be arranged in advance.

Key west is a wonderfully sustainable getaway where you can enjoy Key Lime Pie on a stick while supporting a better planet. If that’s not a good enough reason to pack your bags, I don’t know what is.